Madhya Pradesh, heart of India, is known for its multi-ethnic culture and rich heritage and is home to many world heritage sites as well as natural beauty. This state has a lot to offer to explore for its tourists, which is why; from all the corners of the world tourists wish to visit this state. Madhya Pradesh has many touristic spots which are on the basis of serene pilgrimages, stunning wildlife, varied cultures, and much more to explore. From religious point of view, it organizes Kumbh mela which falls after twelve years and is bestowed with two of the 12 Jyortilingas which attracts millions of the devotees every year.  Here is a list of the most visited tourist places in this state that will ease you to choose the site which you wish to visit.

Orchha: A Group of Monuments

Nestled on the banks of Betwa River, Orchha is embedded with a group of splendid monuments built by Bundela Rajuput chief, Rudra Pratap in 16th century. If you are history and architecture lover, this is perfect place to visit. These monuments can make its visitors awestruck due to its grandeur, frescoes, classical mural paintings, etc.  Amongst the monuments that can mesmerize its visitors, is Raja Mahal, Jahangir Mahal, Chaturbhuj temple, Palki Mahal, Chattri of Orchha, Dinman Hardaul’s Palace, and many more places to explore, the sunset of this river is one of the most exciting things which attract tourists a lot.

Mandu, recognized as Hampi of ancient India, dates back to the 6th century that has many incredible places to explore. This quaint town has been must visit site among those tourists who are history and architecture lovers. The layout of one of its palaces was designed like a ship which never sails.  The places which need to be explored by tourists are Jami Masjid, Hindola Mahal, Nilkanth’s Palace, Mandu Fort, Rupmati’s Pavilion, Hoshang Shah’s Tomb, Rewa Kund, Rupayam Museum, Bagh Caves, etc.  The architecture of these monuments are enthralling that can make your mesmerize, therefore, the sightseeing this quaint town cannot be ignored.

Pachmarhi: The Queen of Satpura 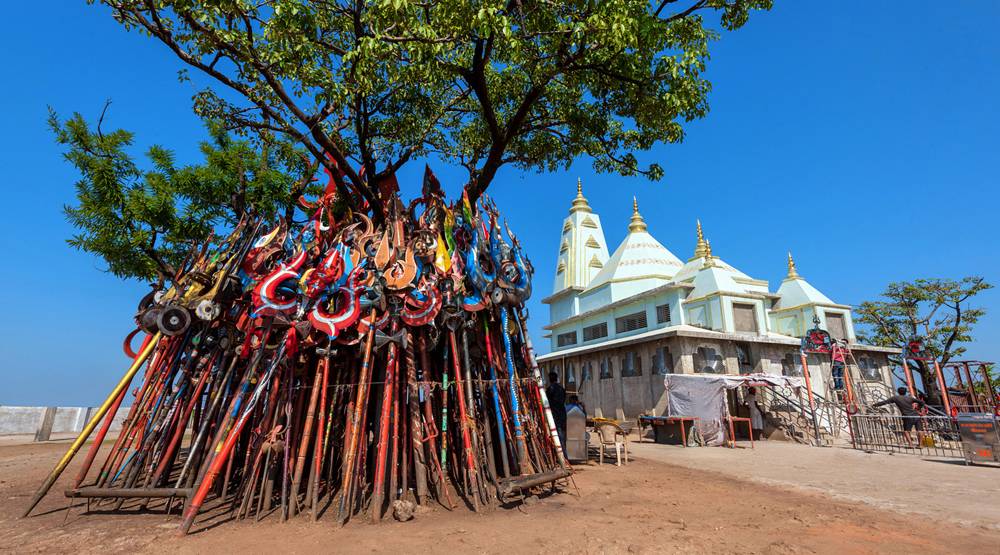 Being one of the UNESCO Biosphere Reserves, Pachmarhi is a hill station, which is also known as only one hill station in this state. This place has been a perfect place to explore that can be memorable and cherish you throughout your life. According to some Hindu texts, it is stated that Pandavs, who were the heroes of the Mahabharat spent their exile here. This place boasts many worth-visiting attractions, including Pandava Cave, Dhupgarh, Mahadeo Hills, Bison Lodge, Handi Khoh, Chhota Mahadeo Temple, Satpura National Park, Jata Shankar Caves, Rajat Prapat Waterfall, and many more attractions. It can be visited any time of the year.

Nestled in the heart of Madhya Pradesh, Kanha National Park is one of the largest National parks in central India and is well preserved park in Asia. It sprawls in an area of 940 square kilometre. It is home to many species of mammals, animals, and birds. One of the major attractions of this park is Bengal tigers, besides sloth bears, wild boars, hyenas, langurs, jackals, wild cats and dogs, leopards, and many more wild animals. Housing pythons, krait, cobras, and other varieties of snakes are found in this National park.  This park came into limelight due to the book of Rudyard Kipling, the jungle Book.

Ujjain: The Land of Mahakaleshwara

Ujjain, known to be one of the most sacred cities of India, is located on the Easter bank of the Shipra River in the Malwa region of MP. It is home to be one of the four cities of India where Kumbh Mela is held and it attracts million of the Hindu devotees across the world, in addition to, Media person from all the corners of the world come here to do coverage of this religious gathering. The Mahakaleshwar Jyotirlinga is located in this holy city which is dedicated to Lord Shiva is known as one of the 12 Jyotirlinga. The attraction of this temple is to its morning prayer which is attended by thousands of pilgrims every morning. 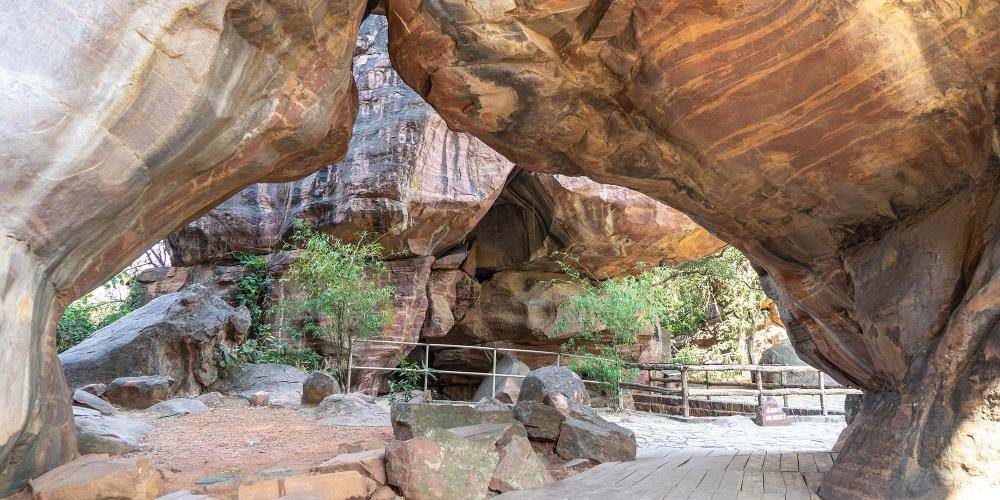 Bhimbetka got its name on the name of Bhim who was a hero of Mahabharata, and one of the five Pandavas. The mean of this site refers as sitting place of Bhim is located in the state of MP.  It is believed to be one of oldest –known rock art in India and dates back to the nearly 30000 years, which is as old as aboriginal rock art in Australia as well as the Paleolithic Lascaux cave paintings in France. It has a group of 500 caves and rock shelters which are endowed with paintings, but a few of the geometric figures belong to the medieval period. In order to color the painting, the vegetable colors were used which are found in the deep cut of rocks even today. It has been a great place for the history and architecture buffs to explore this site. In 2003, it was declared world heritage site by UNESCO.

Nestled in the state of the MP, Udayagiri is home to 20 rock-cut caves and is also considered to be one of the historical Hindu ritual sites and refers the sense of the mountain of the sunrise. If you wish to learn something about Hindu iconography, it is a perfect place to explore because it has a stature of many Hindu Gods and Goddesses, like Durga, Vishnu, and Lord Shiva besides from Hindu Gods, it is also dedicated to Jain tirthankaras’ statues as well which belongs to Gupta period. It has been one of the best places to explore and has immense treasure like epigraphs, rock shelters, petroglyphs, fortifications, etc.

Located in The industrial city Indore, Patalpani has been a tourist hub of central India which is known as waterfall. It attracts a lot of weekend local people for celebrating picnic and is surrounded by a thick forest. Among the photo enthusiasts and nature lovers has been enticing place. The height of this waterfall is nearly 300 meters. Make sure that during the monsoon, visitors make a distance from this site because many incidents have been brought into notice.

Located in the city of Nawab in the state of MP, Madhai, which is known as a quaint town, if you are want to spend a few days from the hustle and bustle urban life, it has been one of the best places to be there along with your family members, friends, and colleagues. It is surrounded by natural beauty that can soothe you and the ambience of this place works as a balm for your soul, mind, and body.  The people, who inhabits here are warm welcoming and provides a great hospitality to the visitors.

Dhuandhar falls nestled in the state of the Madhya Pradesh is surrounded by bewitching nature which has been a great landmark to spend time in the lap of nature with your family and loved ones. It offers a spectacular vista of River Narmada, marble, rocks, cascades, etc. Dhuandhar falls is known as picturesque sunset point which attracts a large number to tourists every evening.

Rate Your Experience!
[ Ratings: 5 From 1 Visitors ]
Top 10 Most Visited Destinations In Madhya Pradesh