One of the leading tourists’ destinations in India, a UNESCO world heritage site since 1983, one of the Seven Wonders of the World, the jewel of Muslim art in India and Taj Mahal is well-known with its numerous names like final resting place of king and queen, an ivory-white marble mausoleum, and a timeless aura of magic and so on. The beauty of the Taj Mahal is described by many historians, scholars, diplomats, politicians in their respective ways. But, Rabindranath Tagore set a great example in terms of its phrase, he was the first Asian, and non-European person to be awarded with Nobel laureate for his book Gitanjali.

Taj Mahal, posthumous gift given by Shah Jahan to his soul mate which constructed in 1631 to 1653 on the bank of River Yamuna, made of white marble in Agra. The area covered by this monument is around 17-hectare (42 acres) and was designed by a group architects from many countries, but Ustad Ahmad Lahori was the head of all architects during the tenure of Shah Jahan who was the fifth ruler of Mughal empire in India .

Mumtaj, was adorned with the title of Padshah Begum i.e. the first lady of the Mughal Empire, is considered to be one of the most distinguished titles in the Mughal harem or Zenana. But she enjoyed the title only from 1628 to 1631. She, an iconic lady, inspired her husband to commission mausoleum in her memory in the capital of India, Agra. This amazing lady lost her life while giving the birth her 14th child. Fortunately, the life of baby girl could be saved. 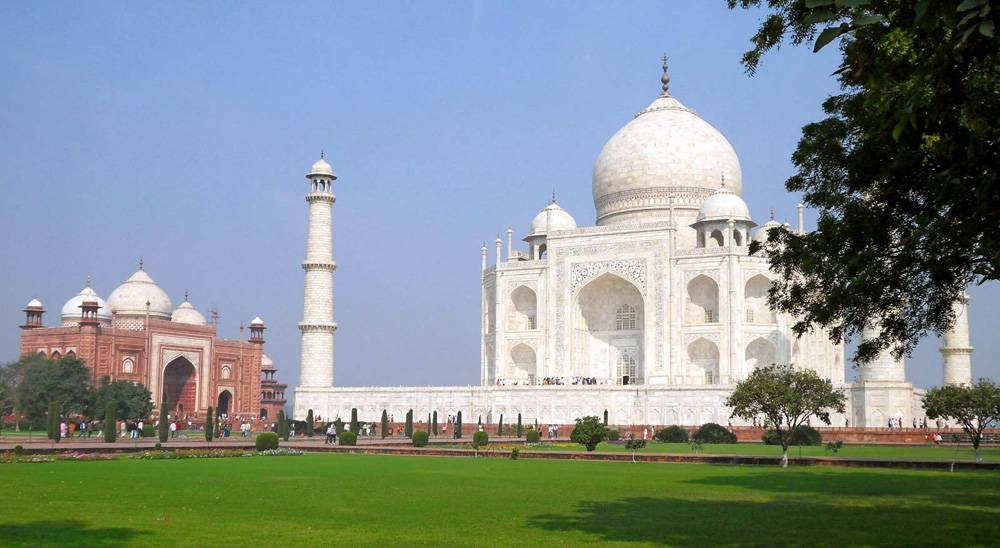 Due to its beauty and serenity, it attracts around eight million tourists from all the corners of the world. An astonishing fact about this monument is this no matter how many times one view but, never gets bored with its beauty. The more you see, the more you will be magnetized. It leaves them spell-bound. It is said about this monument “there are two kinds of persons on this planet one who has seen the Taj Mahal, second who has not seen this monument”.

The beauty of this monument has been described in millions of ways by philosophers, scholars, thinkers, but the way Guru Rabindranath Tagore has described has been one of the most remarkable. No better phrase strikes to my mind than that of Rabindranath Tagore who described the Taj Mahal in his epic words like “a teardrop on the cheek of time”.

Rate Your Experience!
[ Ratings: 5 From 1 Visitors ]
A Teardrop on the Cheek of Time by Rabindranath Tagore